Piercing the Smoke Screen: Dualism, Free Will, and Christianity 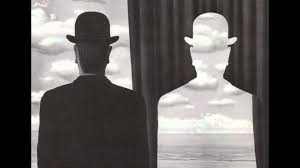 Research on the folk psychology of free will suggests that people believe free will is incompatible with determinism and that human decision-making cannot be exhaustively characterized by physical processes. Some suggest that certain elements of Western cultural history, especially Christianity, have helped to entrench these beliefs in the folk conceptual economy. Thus, on the basis of this explanation, one should expect to find three things: (1) a significant correlation between belief in dualism and belief in free will, (2) that people with predominantly incompatibilist commitments are likely to exhibit stronger dualist beliefs than people with predominantly compatibilist commitments, and (3) people who self-identify as Christians are more likely to be dualists and incompatibilists than people who do not self-identify as Christians. We present the results of two studies (n = 378) that challenge two of these expectations. While we do find a significant correlation between belief in dualism and belief in free will, we found no significant difference in dualist tendencies between compatibilists and incompatibilists. Moreover, we found that self-identifying as Christian did not significantly predict preference for a particular metaphysical conception of free will. This calls into question assumptions about the relationship between beliefs about free will, dualism, and Christianity.