Why your brain is not a computer 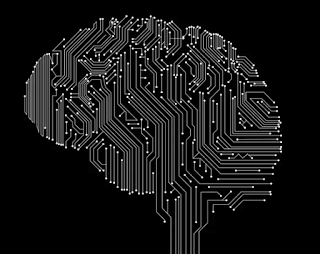 The processing of neural codes is generally seen as a series of linear steps – like a line of dominoes falling one after another. The brain, however, consists of highly complex neural networks that are interconnected, and which are linked to the outside world to effect action. Focusing on sets of sensory and processing neurons without linking these networks to the behaviour of the animal misses the point of all that processing.

By viewing the brain as a computer that passively responds to inputs and processes data, we forget that it is an active organ, part of a body that is intervening in the world, and which has an evolutionary past that has shaped its structure and function. This view of the brain has been outlined by the Hungarian neuroscientist György Buzsáki in his recent book The Brain from Inside Out. According to Buzsáki, the brain is not simply passively absorbing stimuli and representing them through a neural code, but rather is actively searching through alternative possibilities to test various options. His conclusion – following scientists going back to the 19th century – is that the brain does not represent information: it constructs it.

The metaphors of neuroscience – computers, coding, wiring diagrams and so on – are inevitably partial. That is the nature of metaphors, which have been intensely studied by philosophers of science and by scientists, as they seem to be so central to the way scientists think. But metaphors are also rich and allow insight and discovery. There will come a point when the understanding they allow will be outweighed by the limits they impose, but in the case of computational and representational metaphors of the brain, there is no agreement that such a moment has arrived. From a historical point of view, the very fact that this debate is taking place suggests that we may indeed be approaching the end of the computational metaphor. What is not clear, however, is what would replace it.

Scientists often get excited when they realise how their views have been shaped by the use of metaphor, and grasp that new analogies could alter how they understand their work, or even enable them to devise new experiments. Coming up with those new metaphors is challenging – most of those used in the past with regard to the brain have been related to new kinds of technology. This could imply that the appearance of new and insightful metaphors for the brain and how it functions hinges on future technological breakthroughs, on a par with hydraulic power, the telephone exchange or the computer. There is no sign of such a development; despite the latest buzzwords that zip about – blockchain, quantum supremacy (or quantum anything), nanotech and so on – it is unlikely that these fields will transform either technology or our view of what brains do.