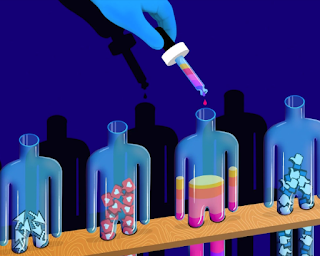 There are also times when manipulation leaves people feeling cheated. For instance, in 2018 the Wall Street Journal reported that Amazon had been inserting sponsored products in its consumers’ baby registries. “The ads look identical to the rest of the listed products in the registry, except for a small gray ‘Sponsored’ tag,” the Journal revealed. “Unsuspecting friends and family clicked on the ads and purchased the items,” assuming they’d been chosen by the expectant parents. Amazon’s explanation when confronted? “We’re constantly experimenting,” a spokesperson said. (The company has since ended the practice.)

But there are times when the experiments go further still, leaving some to question whether they should be allowed at all. There was a notorious experiment run by Facebook in 2012, in which the number of positive and negative posts in six hundred and eighty-nine thousand users’ news feeds was tweaked. The aim was to see how the unwitting participants would react. As it turned out, those who saw less negative content in their feeds went on to post more positive stuff themselves, while those who had positive posts hidden from their feeds used more negative words.

A public backlash followed; people were upset to discover that their emotions had been manipulated. Luca and Bazerman argue that this response was largely misguided. They point out that the effect was small. A person exposed to the negative news feed “ended up writing about four additional negative words out of every 10,000,” they note. Besides, they say, “advertisers and other groups manipulate consumers’ emotions all the time to suit their purposes. If you’ve ever read a Hallmark card, attended a football game or seen a commercial for the ASPCA, you’ve been exposed to the myriad ways in which products and services influence consumers’ emotions.”

Medicine has already been through this. In the early twentieth century, without a set of ground rules on how people should be studied, medical experimentation was like the Wild West. Alongside a great deal of good work, a number of deeply unethical studies took place—including the horrifying experiments conducted by the Nazis and the appalling Tuskegee syphilis trial, in which hundreds of African-American men were denied treatment by scientists who wanted to see how the lethal disease developed. As a result, there are now clear rules about seeking informed consent whenever medical experiments use human subjects, and institutional procedures for reviewing the design of such experiments in advance. We’ve learned that researchers aren’t always best placed to assess the potential harm of their work.