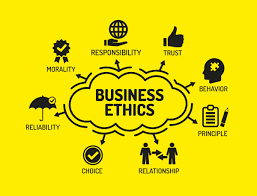 They created cultures of fear, deception and arrogance, and they put their own personal interests in front of all others, including their own families. They didn’t care whose lives they destroyed, using their power to conquer and destroy anyone blocking their path to money and gratification. Shockingly, they manipulated those around them — people with whom they built trust — to foster networks of secrecy and allegiance beyond anything we have seen in the history of American business. Ironically, they crucified themselves through historic cheating, lying and a breakdown of ethics never seen before.

Many are household names, and we should all cringe when we hear them, even as they are reduced to insignificance and confined to moldy jail cells. Ken Lay, CEO and chairman of Enron, was the mastermind of a historic accounting scandal at the energy company, resulting in its bankruptcy. He was found guilty of 10 counts of securities fraud before he died in 2006. There are also the two infamous Bernies: Ebbers and Madoff. Ebbers, the former WorldCom CEO, was convicted of securities fraud and conspiracy as part of that company’s false financial reporting scandal. Maybe the most egregious and sinister of them all was Madoff, whose Ponzi scheme defrauded innocent investors of millions of dollars and life savings. He rots in federal prison while his clients try to make sense of the destruction he knowingly caused.