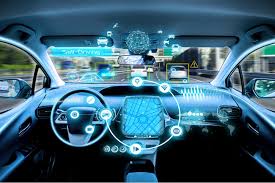 How should self-driving cars make decisions when human lives hang in the balance? The Moral Machine experiment (MME) suggests that people want autonomous vehicles (AVs) to treat different human lives unequally, preferentially killing some people (for example, men, the old and the poor) over others (for example, women, the young and the rich). Our results challenge this idea, revealing that this apparent preference for inequality is driven by the specific ‘trolley-type’ paradigm used by the MME. Multiple studies with a revised paradigm reveal that people overwhelmingly want autonomous vehicles to treat different human lives equally in life and death situations, ignoring gender, age and status—a preference consistent with a general desire for equality.

The large-scale adoption of autonomous vehicles raises ethical challenges because autonomous vehicles may sometimes have to decide between killing one person or another. The MME seeks to reveal people’s preferences in these situations and many of these revealed preferences, such as ‘save more people over fewer’ and ‘kill by inaction over action’ are consistent with preferences documented in previous research.

However, the MME also concludes that people want autonomous vehicles to make decisions about who to kill on the basis of personal features, including physical fitness, age, status and gender (for example, saving women and killing men). This conclusion contradicts well-documented ethical preferences for equal treatment across demographic features and identities, a preference enshrined in the US Constitution, the United Nations Universal Declaration of Human Rights and in the Ethical Guideline 9 of the German Ethics Code for Automated and Connected Driving.