Don't just look for the helpers. Be a helper 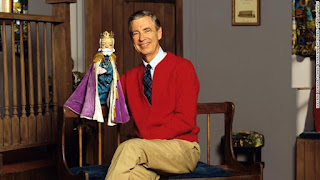 One of the easiest ways to teach your children to be helpers is by doing more helping yourself.

"Modeling, also called observational learning, is one of the most underestimated and poorly used tools by parents," said Alan Kazdin, professor of psychology and child psychiatry at Yale University.

Kazdin said modeling generosity can begin by simply appreciating generosity in others. Hear about something nice someone did for someone else? Point it out.

When parents do it themselves, they should make a habit of telling their children about it. Though, importantly, do not boast about it. "Be instructive, kind and gentle, rather than righteous," Kazdin said. (This should not be an opportunity for parents to toot their own horns.)

The amazing thing about modeling, Kazdin explained, is how it can teach our children skills without them ever actually doing anything. We can change who they are just by being the people we want them to become.

Kazdin said the brain's mirror networks — the marvelous trick of the mind that allows us to feel as though we are doing what we see others doing — is probably responsible. Our kids can experience the arc of giving, the initial flush of generosity, the execution of act and the helper's high, through us.