We Tend To See Acts We Disapprove Of As Deliberate 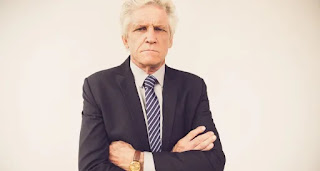 One of the most important and durable findings in moral and political psychology is that there is a tail-wags-the-dog aspect to human morality. Most of us like to think we have carefully thought-through, coherent moral systems that guide our behaviour and judgments. In reality our behaviour and judgments often stem from gut-level impulses, and only after the fact do we build elaborate moral rationales to justify what we believe and do.

A new paper in the Journal of Personality and Social Psychology examines this issue through a fascinating lens: free will. Or, more specifically, via people’s judgments about how much free will others had when committing various transgressions. The team, led by Jim A. C. Everett of the University of Kent and Cory J. Clark of Durham University, ran 14 studies geared at evaluating the possibility that at least some of the time the moral tail wags the dog: first people decide whether someone is blameworthy, and then judge how much free will they have, in a way that allows them to justify blaming those they want to blame and excusing those they want to excuse.

The researchers examined this hypothesis, for which there is already some evidence, through the lens of American partisan politics. In the paper they note that previous research has shown that conservatives have a greater belief in free will than liberals, and are more moralising in general (that is, they categorise a larger number of acts as morally problematic, and rely on a greater number of principles — or moral foundations — in making these judgments). The first two of the new studies replicated these findings — this is consistent with the idea, put simply, that conservatives believe in free will more because it allows them to level more moral judgments.