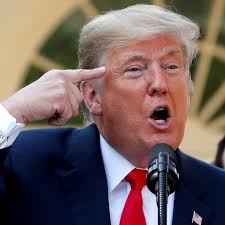 On 23 January 2020, the World Health Organization told all governments to get ready for the transmission of a novel coronavirus in their countries. “Be prepared,” it said, “for containment, including active surveillance, early detection, isolation and case management, contact tracing and prevention of onward spread.” Some countries listened. South Korea, for example, acted swiftly to contain its covid-19 epidemic. But US President Donald Trump was unmoved by WHO’s warning, downplaying the threat and calling criticisms of his failure to act “a new hoax.”

Trump’s anaemic response led the US to become the current epicentre of the global covid-19 pandemic, with almost one third of the world’s cases and a still rising number of new daily cases.4 In our interconnected world, the uncontrolled US epidemic has become an obstacle to tackling the global pandemic. Yet the US crisis was an avertable catastrophe.

Dismissing prescient advice on pandemic preparedness from the outgoing administration of the former president, Barack Obama, the Trump administration went on to weaken the nation’s pandemic response capabilities in multiple ways. In May 2018, it eliminated the White House global health security office that Obama established after the 2014-16 Ebola epidemic to foster cross-agency pandemic preparedness. In late 2019, it ended a global early warning programme, PREDICT, that identified viruses with pandemic potential. There were also cuts to critical programmes at the Centers for Disease Control and Prevention (CDC), part and parcel of Trump’s repeated rejections of evidence based policy making for public health.

Denial
After the US confirmed its first case of covid-19 on 22 January 2020, Trump responded with false reassurances, delayed federal action, and the denigration of science. From January to mid-March, he denied that the US faced a serious epidemic risk, comparing the threat to seasonal influenza. He repeatedly reassured Americans that they had nothing to worry about, telling the public: “We think it's going to have a very good ending for us” (30 January), “We have it very much under control in this country” (23 February),
and “The virus will not have a chance against us. No nation is more prepared, or more resilient, than the United States” (11 March).