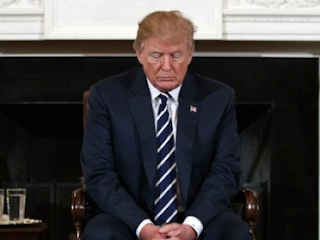 But Trump’s support for new “mental institutions” is drawing pushback from many in the mental health profession who say that approach would do little to reduce mass shootings in the United States and incorrectly associates mental illness with violence.

“Anybody with any sense of history understands they were a complete failure. They were money down the drain,” said Gionfriddo.

The number of state hospital beds that serve the nation’s most seriously ill patients has fallen from more than 550,000 in the 1950s to fewer than 38,000 in the first half of 2016, according to a survey from the Treatment Advocacy Center, which seeks policies to overcome barriers to treatment.

John Snook, the group’s executive director, said Trump’s language “hasn’t been helpful to the broader conversation.” But he said the president has hit on an important problem — a shortage of beds for the serious mentally ill.

“There are headlines every day in almost every newspaper talking about the consequences of not having enough hospital beds, huge numbers of people in jails, homelessness and ridiculously high treatment costs because we’re trying to help people in crisis care,” Snook said.