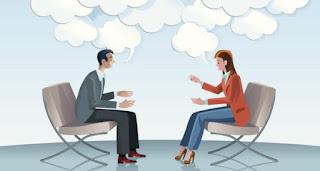 Research in behavioral economics finds that moral considerations bear on the offers that people make and accept in negotiations. This finding is relevant for political negotiations, wherein moral concerns are manifold. However, behavioral economics has yet to incorporate a major theme from moral psychology: people differ, sometimes immensely, in which issues they perceive to be a matter of morality. We review research about the measurement and characteristics of moral convictions. We hypothesize that moral conviction leads to uncompromising bargaining strategies and failed negotiations. We test this theory in three incentivized experiments in which participants bargain over political policies with real payoffs at stake. We find that participants’ moral convictions are linked with aggressive bargaining strategies, which helps explain why it is harder to forge bargains on some political issues than others. We also find substantial asymmetries between liberals and conservatives in the intensity of their moral convictions about different issues.

Part of the Conclusion:

Looking across our studies, we see substantial convergence in how attitude facets relate to compromise. Specifically, both attitude extremity and moral conviction independently and consistently predicted tough bargaining strategies. In contrast, personal relevance did not affect bargaining, and importance had inconsistent effects. We suggest that the effect of extremity is to be expected because extremity is a sort of omnibus index of attitude strength (Visser et al. 2006, 56).  However, we think that the persistent effect of moral conviction merits further attention, since moral conviction is a less studied dimension of political attitudes. Moreover, the finding that moral conviction predicted resistance to compromise aligns with moral psychology research, which finds that people’s moral judgments are shaped by strong prohibitions and obligations that resist cost benefit considerations (e.g., Cushman 2013; Haidt 2012; Tetlock et al. 2000).