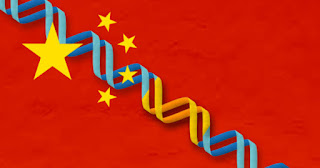 China will establish a national committee to advise the government on research-ethics regulations. The decision comes less than a year after a Chinese scientist sparked an international outcry over claims that he had created the world’s first genome-edited babies.

The country's most powerful policymaking body, the Central Comprehensively Deepening Reforms Commission of the ruling Chinese Communist Party, headed by President Xi Jinping, approved at the end of last month a plan to form the committee. According to Chinese media, it will strengthen the coordination and implementation of a comprehensive and consistent system of ethics governance for science and technology.

The government has released few details on how the committee will work. But Qiu Renzong, a bioethicist at the Chinese Academy of Social Science in Beijing, says it could help to reduce the fragmentation in biomedical ethics regulations across ministries, identifying loopholes in the enforcement of regulations and advise the government on appropriate punishments for those who violate the rules.