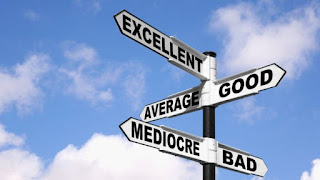 Most people aim to be about as morally good as their peers—not especially better, not especially worse. We do not aim to be good, or non-bad, or to act permissibly rather than impermissibly, by fixed moral standards. Rather, we notice the typical behavior of our peers, then calibrate toward so-so. This is a somewhat bad way to be, but it’s not a terribly bad way to be. We are somewhat morally criticizable for having low moral ambitions. Typical arguments defending the moral acceptability of low moral ambitions—the So-What-If-I’m-Not-a-Saint Excuse, the Fairness Objection, the Happy Coincidence Defense, and the claim that you’re already in The-Most-You-Can-Do Sweet Spot—do not survive critical scrutiny.

Most of us do not aim to be morally good by absolute standards. Instead we aim to be about as morally good as our peers. Our peers are somewhat morally criticizable—not morally horrible, but morally mediocre. If we aim to approximately match their mediocrity, we are somewhat morally
criticizable for having such low personal moral ambitions. It’s tempting to try to rationalize one’s mediocrity away by admitting merely that one is not a saint, or by appealing to the Fairness Objection or the Happy Coincidence Defense, or by flattering oneself that one is already in TheMost-You-Can-Do Sweet Spot—but these self-serving excuses don’t survive scrutiny.

Consider where you truly aim. Maybe moral goodness isn’t so important to you, as long as you’re not among the worst. If so, own your mediocrity.  Accept the moral criticism you deserve for your low moral ambitions, or change them.