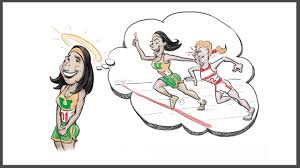 Is intention, even if unfulfilled, enough to make a person appear to be good or bad? In this study, we investigated the influence of unfulfilled intentions of an agent on subsequent moral character evaluations. We found a positive-negative asymmetry in the effect of intentions. Factual information concerning failure to fulfill a positive intention mitigated the morality judgment of the actor, yet this mitigation was not as evident for the negative vignettes. Participants rated an actor who failed to fulfill their negative intention as highly immoral, as long as there was an external explanation to its unfulfillment. Furthermore, both emotional and cognitive (i.e., informativeness) processes mediated the effect of negative intention on moral character. For the positive intention, there was a significant mediation by emotions, yet not by informativeness. Results evidence the relevance of mental states in moral character evaluations and offer affective and cognitive explanations to the asymmetry.

In this study, we investigated whether intentions by themselves are enough to make an agent appear to be good or bad. The answer is yes, but with a detail. We found negative intentions are more indicative of an immoral character than positive intentions are diagnostic of moral character. Simply intending to offer cookies should not, after all, make a neighbor particularly virtuous, unless the intention is acted out. The positive-negative asymmetry demonstrated in the present study may capture a fundamental aspect of people’s moral judgments, particularly for disposition-based evaluations.