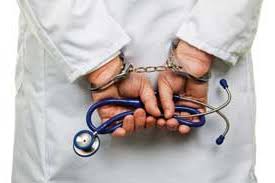 A physician who has a practice in the District of Columbia has been charged with participation in an alleged $12.7 million healthcare fraud scheme that involved submitting false claims to Medicare for complicated procedures that were never performed, according to a Department of Justice (DOJ) news release.

In an indictment filed July 30 in the District of Columbia, physiatrist Frederick Gooding, MD, aged 68, of Wilmington, Delaware, was charged with 11 counts of healthcare fraud. He was arrested on August 1.

According to the indictment, from January 2015 to August 2018, Gooding participated in a healthcare fraud scheme in which he submitted Medicare claims for injections and aspirations that were not medically necessary, not provided, or both.

Gooding allegedly knew that the injections were not provided. To disguise his scheme, he allegedly falsified medical documents to make it appear as if the purported medical services billed to Medicare were medically necessary.

The info  is here.