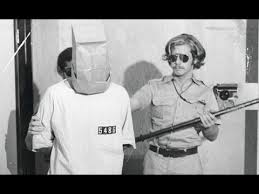 The Stanford Prison Experiment (SPE) is one of psychology’s most famous studies. It has been criticized on many grounds, and yet a majority of textbook authors have ignored these criticisms in their discussions of the SPE, thereby misleading both students and the general public about the study’s questionable scientific validity. Data collected from a thorough investigation of the SPE archives and interviews with 15 of the participants in the experiment further question the study’s scientific merit. These data are not only supportive of previous criticisms of the SPE, such as the presence of demand characteristics, but provide new criticisms of the SPE based on heretofore unknown information. These new criticisms include the biased and incomplete collection of data, the extent to which the SPE drew on a prison experiment devised and conducted by students in one of Zimbardo’s classes 3 months earlier, the fact that the guards received precise instructions regarding the treatment of the prisoners, the fact that the guards were not told they were subjects, and the fact that participants were almost never completely immersed by the situation. Possible explanations of the inaccurate textbook portrayal and general misperception of the SPE’s scientific validity over the past 5 decades, in spite of its flaws and shortcomings, are discussed.

4) The SPE survived for almost 50 years because no researcher has been through its archives. This was, I must say, one of the most puzzling facts that I discovered during my investigation. The experiment had been criticized by major figures such as Fromm (1973) and Festinger (1980), and the accounts of the experiment have been far from disclosing all of the details of the study; yet no psychologist seems to have wanted to know if the archives what exactly did the archives contain. Is it a lack of curiosity? Is it an excessive respect for the tenured professor of a prestigious university? Is it due to possible access restrictions imposed by Zimbardo? Is it because archival analyses are a time-consuming and work-intensive activity?  Is it due to the belief that no archives had been kept? The answer remains unknown.The recent replication crisis in psychology has shown, however, that psychologists are not indifferent to the functioning of science. This crisis can be seen as a sign of the good health and vigor of the field of psychology, which can correct its errors and improve its methodology (Chambers, 2017, p.171-217). Hopefully, the present study will contribute to psychology’s epistemological self-examination, and expose the SPE for what it was: an incredibly flawed study that should have died an early death.