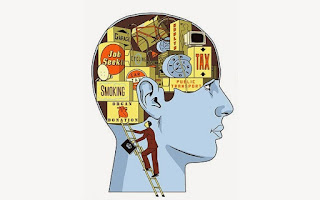 The conflict between pro-self and pro-social behaviour is at the core of many key problems of our time, as, for example, the reduction of air pollution and the redistribution of scarce resources. For the well-being of our societies, it is thus crucial to find mechanisms to promote pro-social choices over egoistic ones. Particularly important, because cheap and easy to implement, are those mechanisms that can change people’s behaviour without forbidding any options or significantly changing their economic incentives, the so-called “nudges”. Previous research has found that moral nudges (e.g., making norms salient) can promote pro-social behaviour. However, little is known about whether their effect persists over time and spills across context. This question is key in light of research showing that pro-social actions are often followed by selfish actions, thus suggesting that some moral manipulations may backfire. Here we present a class of simple moral nudges that have a great positive impact on pro-sociality. In Studies 1–4 (total N =  1,400), we use economic games to demonstrate that asking subjects to self-report “what they think is the morally right thing to do” does not only increase pro-sociality in the choice immediately after, but also in subsequent choices, and even when the social context changes. In Study 5, we explore whether moral nudges promote charity donations to humanitarian organisations in a large (N =  1,800) crowdfunding campaign. We find that, in this context, moral nudges increase donations by about 44 percent.