There is no Universal Objective Morality 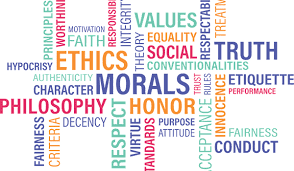 What does that imply for human rights conventions?

Those who assert the absolute nature of morality are not aware of how much power – political and personal power – gets mixed into the moral idea. The same person who would kneel in church and pray for God’s notion of universal love and brotherhood would go and lynch a person of colour, or would do violence to an untouchable in India. So, morality has to be understood in terms of power and authority in addition to circumstances, cases, forms of interpretation.

Moralities  are enlightened recommendations about how to live your life in a way that is fair and responsible towards others. But at the same time, the question of morality gets so mixed in with political power, with issues of affect, making people anxious, nervous about their conditions, making people feel like they live in a world of insecurity and threat. You know, it’s a much more complex package than can be understood in terms of universal moralities on the one hand, or objective and subjective moralities on the other.

For a number of important legal and political reasons, we want to go with the UDHR and absolutely support the view that all people are born equal, that all people have a foundational dignity, and therefore deserve the protections and provisions of human rights. Having said that, we know from long and bitter experience that only too often states find ways of violating the human rights of their own peoples and the rights of other peoples and countries. They do so with a kind of international impunity, and if I may say so, a collusive insouciance.

There always seem to be forms of legal architecture – however well-intentioned – that make the perfect the enemy of the good, and that is putting it generously. On the negative side, executive orders and states of exception are the enemies of the good. Look at the way in which the basic human rights of Mexicans on the Texan border are being violated on a daily basis. Let me simply refer to a recent comment from the NYT that puts the issue poignantly and pointedly:

“In fact the migrants are mostly victims of the broken immigration system. They are not by and large killers, rapists or gang members. Most do not carry drugs. They have learned how to make asylum claims, just as the law allows them to do.”