To Study the Brain, a Doctor Puts Himself Under the Knife 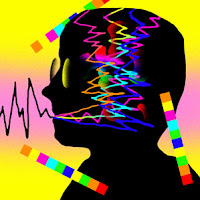 Kennedy became convinced that the way to take his research to the next level was to find a volunteer who could still speak. For almost a year he searched for a volunteer with ALS who still retained some vocal abilities, hoping to take the patient offshore for surgery. “I couldn’t get one. So after much thinking and pondering I decided to do it on myself,” he says. “I tried to talk myself out of it for years.”

The surgery took place in June 2014 at a 13-bed Belize City hospital a thousand miles south of his Georgia-based neurology practice and also far from the reach of the FDA. Prior to boarding his flight, Kennedy did all he could to prepare. At his small company, Neural Signals, he fabricated the electrodes the neurosurgeon would implant into his motor cortex—even chose the spot where he wanted them buried. He put aside enough money to support himself for a few months if the surgery went wrong. He had made sure his living will was in order and that his older son knew where he was.

To some researchers, Kennedy’s decisions could be seen as unwise, even unethical. Yet there are cases where self-experiments have paid off. In 1984, an Australian doctor named Barry Marshall drank a beaker filled with bacteria in order to prove they caused stomach ulcers. He later won the Nobel Prize. “There’s been a long tradition of medical scientists experimenting on themselves, sometimes with good results and sometimes without such good results,” says Jonathan Wolpaw, a brain-computer interface researcher at the Wadsworth Center in New York. “It’s in that tradition. That’s probably all I should say without more information.”