Empathy choice in physicians and non-physicians 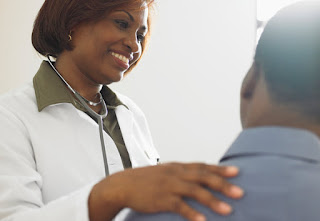 Empathy in medical care has been one of the focal points in the debate over the bright and dark sides of empathy. Whereas physician empathy is sometimes considered necessary for better physician-patient interactions, and is often desired by patients, it also has been described as a potential risk for exhaustion among physicians who must cope with their professional demands of confronting acute and chronic suffering. The present study compared physicians against demographically matched non-physicians on a novel behavioral assessment of empathy, in which they choose between empathizing or remaining detached from suffering targets over a series of trials. Results revealed no statistical differences between physicians and non-physicians in their empathy avoidance, though physicians were descriptively more likely to choose empathy. Additionally, both groups were likely to perceive empathy as cognitively challenging, and perceived cognitive costs of empathy associated with empathy avoidance. Across groups, there were also no statistically significant differences in self-reported trait empathy measures and empathy-related motivations and beliefs. Overall, these results suggest that physicians and non-physicians were more similar than different in terms of their empathic choices and in their assessments of the costs and benefits of empathy for others.

In summary, do physicians choose empathy, and should they do so?  We find that physicians do not how a clear preference to approach or avoid empathy.  Nevertheless, they do perceive empathy to be cognitively taxing, entailing effort, aversiveness, and feelings of inefficacy, and these perceptions associated with reduced empathy choice.  Physicians who derived more satisfaction and less burnout from helping were more likely to choose empathy, and so too if they believed that empathy is good, and useful, for medical practice.  More generally, in the current work, physicians did not show statistically meaningful differences from demographically matched controls in trait empathy, empathy regulation behavior, motivations to approach or avoid empathy, or beliefs about empathy’s use for medicine.  Although it has often been suggested that physicians exhibit different levels of empathy due to the demands of medical care, the current results suggest that physicians are much like everyone else, sensitive to the relevant costs and benefits of empathizing.