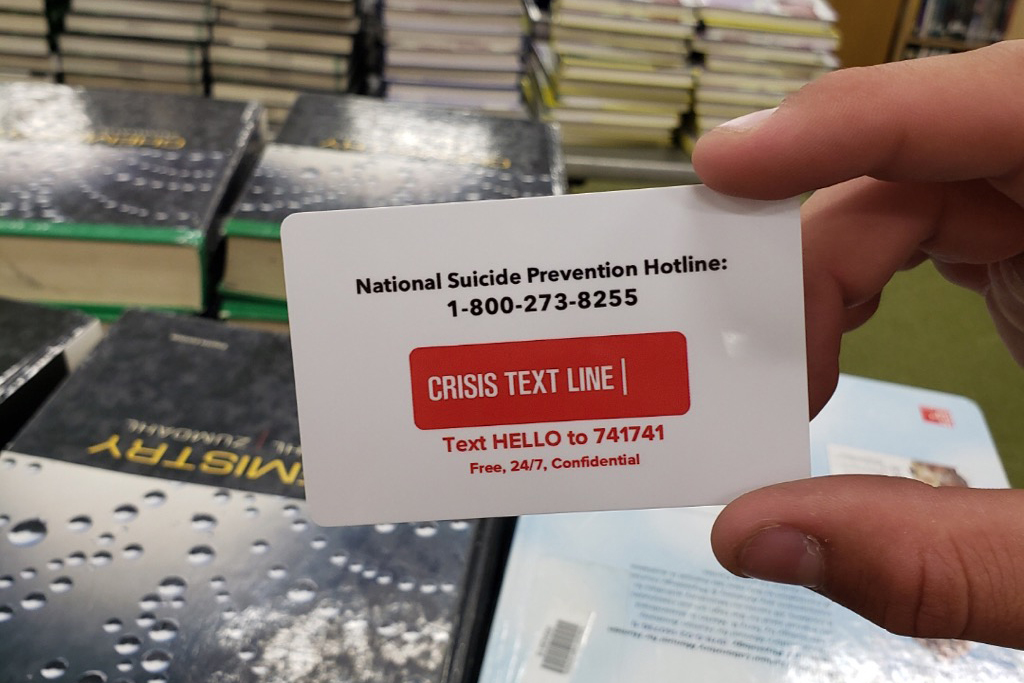 A California law that has greeted students returning to school statewide over the past few weeks bears a striking resemblance to that Palo Alto policy from four years ago. Beginning with the 2019-20 school year, all IDs for California students in grades seven through 12, and in college, must bear the telephone number of the National Suicide Prevention Lifeline. That number is 800-273-TALK (8255).

“I am extremely proud that this strategy has gone statewide,” said Herrmann, who is now superintendent of the Roseville Joint Union High School District near Sacramento.

The new student ID law marks a statewide response to what educators, administrators and students themselves know is a growing need.

The numbers support that idea — and they are as jarring as they are clarifying.

Suicide was the second-leading cause of death in the United States among people ages 10 to 24 in 2017, according to the U.S. Centers for Disease Control and Prevention.  The suicide rate among teenagers has risen dramatically over the past two decades, according to data from the CDC.