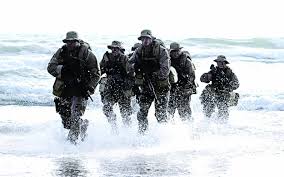 In the wake of several high-profile scandals, including allegations of sexual assault and cocaine use against Navy SEAL team members, the four-star general in charge of all US special operations has ordered a review of the culture and ethics of the elite units.

"Recent incidents have called our culture and ethics into question and threaten the trust placed in us," Gen. Richard Clarke, head of Special Operations Command, said in a memo to the entire force.
While the memo did not mention specific incidents, it comes after an entire SEAL platoon was recently sent home from Iraq following allegations of sexual assault and drinking alcohol during their down time -- which is against regulations.

Another recent case involved an internal Navy investigation that found members of SEAL Team 10 allegedly abused cocaine and other illicit substances while they were stationed in Virginia last year. The members were subsequently disciplined.

"I don't know yet if we have a culture problem, I do know that we have a good order and discipline problem that must be addressed immediately," Green said.

In early July, a military court decided Navy SEAL team leader Eddie Gallagher, a one-time member of SEAL Team 7, would be demoted in rank and have his pay reduced for posing for a photo with a dead ISIS prisoner while he was serving in Iraq. Another SEAL was sentenced in June for his role in the 2017 death of Army Staff Sgt. Logan Melgar, a Green Beret, in Bamako, Mali.