University Crime Alerts: Do They Contribute to Institutional Betrayal and Rape Myths? 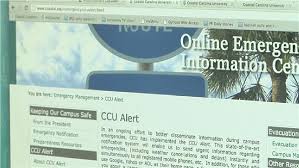 Universities are mandated by the Clery Act (20 USC § 1092(f)) to publicize the occurrence of certain
campus crimes. Many universities rely on “Crime Alert” emails to quickly and effectively communicate when a crime has occurred. However, communications of sexual crimes are often narrow (e.g., limited to stranger-perpetrated crimes) and misleading (e.g., containing safety tips that are not applicable to most types of sexual violence). The current paper presents the results of two studies that test the effects of reading crime alert emails on subsequent endorsement of rape myths and institutional betrayal. In Study 1, participants read a typical crime alert email describing a stranger-perpetrated crime, an alternative email describing an acquaintance-perpetrated crime, or a control email describing an event unrelated to interpersonal violence. Men were significantly more likely to endorse rape myths than were women in the control condition, but not in the typical or alternative email condition. In addition, results from Study 1 indicate that issuing crime alert emails following stranger-perpetrated sexual violence leads to a sense of institutional betrayal among students who have experienced acquaintance-perpetrated violence. In Study 2, participants read a typical crime alert email or an alternative digest email. Participants who read the typical email reported higher rape myth acceptance, but not institutional betrayal, than those who read the digest email. There were also significant gender differences in student opinions of each email that suggest the digest email format may serve as a useful tool for engaging male students in the issue of campus sexual violence. Taken together, these studies provide converging evidence that university communication regarding sexual violence can either perpetuate or positively influence attitudes towards sexual violence.