Morality has been stripped from public life. Here’s a four-step plan to revive it 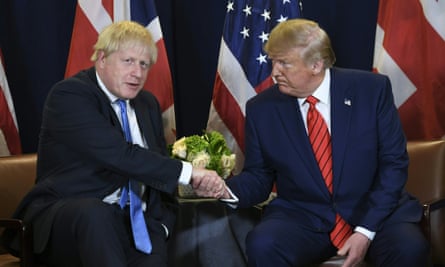 From the top down, public morality is corroded. If morality, not to mention competence, were valued by the electorate, the approval ratings of Boris Johnson (and Donald Trump) would surely have plummeted, but they haven’t. As others have noted, for many people truth has become unimportant. Selfishness is assumed and encouraged, and opponents, dissenters and people seen as “other” are denigrated and worse. The most important thing is one’s own short-term interest.

What can be done about the crisis? Of course a new government is needed, but even if a Labour government is elected, the divisions and the damage done to public morality will need to be repaired. Just as there is a need to promote physical and mental wellbeing, so morality could be promoted by means of the concept of moral wellbeing.

For physical wellbeing, we have the dietary advice of five-a-day; for mental wellbeing the New Economics Foundation’s five ways to wellbeing, as used by the NHS. For moral wellbeing there is a similar framework that could be useful: the psychological model developed by James Rest, outlining the four components of moral reasoning.

This is a framework for improving thoughtfulness and clarity about moral matters. The first stage is moral sensitivity – recognising when an issue is one of morality, rather than a personal preference or practicality. The second component is moral reasoning. Having identified that a question is one of right and wrong, you then decide what the right thing to do would be. Third comes moral motivation – acknowledging other interests and motives that influence your thinking about the issue, and then weighing up the conflicting motives. The fourth and final stage is moral implementation, which means bringing moral reasoning and moral motivation together to make and act on a decision.