Science can explain other people’s minds, but not mine: self-other differences in beliefs about science 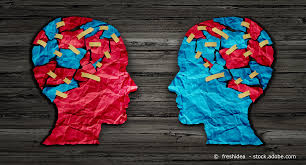 Four studies show that people differ in their lay beliefs concerning the degree to which science can explain their mind and the minds of other people. In particular, people are more receptive to the idea that the psychology of other people is explainable by science than to the possibility of science explaining their own psychology. This self-other difference is moderated by the degree to which people associate a certain mental phenomenon with introspection. Moreover, this self-other difference has implications for the science-recommended products and practices that people choose for themselves versus others.

These  studies  suggest  that  people  have  different  beliefs  regarding  what  science  can explain  about the  way they  think  versus  the  way  other  people  think.  Study 1 showed that,  in  general, people  see  science  as  better  able  to  explain  the  psychology  of other people than their own, and that this is particularly the case when a certain psychological phenomenon is highly associated with introspection (though there were other significant moderators  in this  study, and  results were  not consistent  across dependent  variables). Study 2 replicated  this interaction, whereby  science is seen as  having a greater explanatory  power  for  other  people  than  for  oneself,  but  that  this  is  only  the  case  when introspection is involved. Whereas Studies 1–2 provided correlational evidence,  Study 3 provided  an  experimental  test  of  the  role  of  introspection  in  self-other  differences  in thinking about science and  what it  can explain.  The results lent clear support to those of the previous  studies: For highly introspective phenomena, people believe that  science is better  at  making sense  of others than  of  themselves, whereas  this self-other  difference disappears  when introspection  is not  thought  to  be  involved.  Finally,  Study  4  demonstrated that this self-other difference has implications in terms of the choices that people make  for  themselves  and  how they  differ  from  the  choices that  they  advise others  to make.  In  particular, people  are  more reluctant  to  try certain  products  and  procedures targeted  at areas  of  their mental  life  that are  highly associated  with  introspection, but they are less reluctant to advise other people to try those same products and procedures. Lending  additional  support  to  the  role  of  introspection  in  generating  this  self-other difference,  this  choice-advice  asymmetry  was  not  observed  for  areas  that  were  not associated with  introspection.