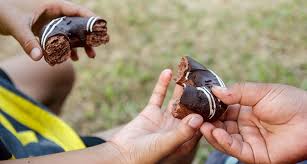 The current study contributes to the literature by moving beyond the focus on punishment alone and probing children’s thinking about punishment and helping side by side. Prior developmental research focused on comparing punishers with third parties such as onlookers who choose not to intervene after witnessing a transgression (e.g., Vaish et al., 2016) or givers who reward a transgressor(e.g., Hamlin et al., 2011), which might have led to inflating children’s preference for punishers. Instead, the current study compared punishment with helping, a valid and common form of third-party intervention. Additionally, our study assessed children’s evaluations of punishment intervention per se and revealed a subtle but meaningful difference in understanding punishers vs. punishment, which was especially remarkable in young children. With the use of various measures and comparisons, the current study provided a more comprehensive understanding of the development of third-party punishment in children