How to be an ethical scientist 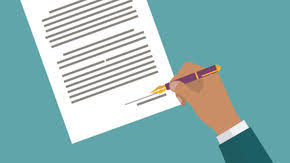 True discovery takes time, has many stops and starts, and is rarely neat and tidy. For example, news that the Higgs boson was finally observed in 2012 came 48 years after its original proposal by Peter Higgs. The slow pace of science helps ensure that research is done correctly, but it can come into conflict with the incentive structure of academic progress, as publications—the key marker of productivity in many disciplines—depend on research findings. Even Higgs recognized this problem with the modern academic system: “Today I wouldn't get an academic job. It's as simple as that. I don't think I would be regarded as productive enough.”

It’s easy to forget about the “long view” when there is constant pressure to produce. So, in this column, we’re going to focus on the type of long-term thinking that advances science. For example, are you going to cut corners to get ahead, or take a slow, methodical approach? What will you do if your experiment doesn’t turn out as expected? Without reflecting on these deeper issues, we can get sucked into the daily goals necessary for success while failing to see the long-term implications of our actions.

Thinking carefully about these issues will not only impact your own career outcomes, but it can also impact others. Your own decisions and actions affect those around you, including your labmates, your collaborators, and your academic advisers. Our goal is to help you avoid pitfalls and find an approach that will allow you to succeed without impairing the broader goals of science.

Be open to being wrong

Science often advances through accidental (but replicable) findings. The logic is simple: If studies always came out exactly as you anticipated, then nothing new would ever be learned. Our previous theories of the world would be just as good as they ever were. This is why scientific discovery is often most profound when you stumble on something entirely new. Isaac Asimov put it best when he said, “The most exciting phrase to hear in science, the one that heralds new discoveries, is not ‘Eureka!’ but ‘That’s funny ... .’”