Money, Morality and What Religion Has to Do With It 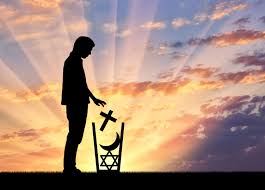 Luckily, for the second question at least, we have data.

Around the world, 45% of people said that a belief in God was necessary to “be moral and have good values,” according to a Pew Research Center poll of 38,426 people in 34 ­countries, conducted from May to October 2019.

Of course, within this headline stat are a swath of regional, demographic and socioeconomic variations. In most countries surveyed, considering piety a prerequisite for morality was more common among the elderly, and it tended to be associated with the political right. Perhaps unsurprisingly, the U.S. had the widest ideological gap of any of the countries surveyed. Whereas, on average, 44% of Americans said that morality depends on religiosity, that number diverged significantly by political leaning: 24% on the left, 37% in the center and 63% on the right. This 39% right-left ideological imbalance compares to 24% in Canada, 15% in the U.K. and 9% in Sweden. (Slovakia was the only county polled where this political divide was reversed; 16% more left-leaning Slovakians said piety and morality are linked than those on the right.)