Blatant dehumanization in the mind's eye: Prevalent even among those who explicitly reject it? 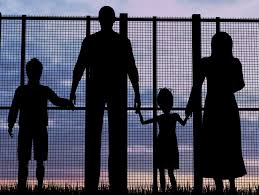 Research suggests that some people, particularly those on the political right, have a tendency to blatantly dehumanize low-status groups. However, these findings have largely relied on self-report measures, which are notoriously subject to social desirability concerns. To better understand just how widely blatant forms of intergroup dehumanization might extend, the present paper leverages an unobtrusive, data-driven perceptual task to examine how U.S. respondents mentally represent ‘Americans’ vs. ‘Arabs’ (a low-status group in the U.S. that is often explicitly targeted with blatant dehumanization). Data from two reverse-correlation experiments (original N = 108; pre-registered replication N = 336) and seven rating studies (N = 2,301) suggest that U.S. respondents’ mental representations of Arabs are significantly more dehumanizing than their representations of Americans. Furthermore, analyses indicate that this phenomenon is not reducible to a general tendency for our sample to mentally represent Arabs more negatively than Americans. Finally, these findings reveal that blatantly dehumanizing representations of Arabs can be just as prevalent among individuals exhibiting low levels of explicit dehumanization (e.g., liberals) as among individuals exhibiting high levels of explicit dehumanization (e.g., conservatives)—a phenomenon into which exploratory analyses suggest liberals may have only limited awareness. Taken together, these results suggest that blatant dehumanization may be more widespread than previously recognized, and that it can persist even in the minds of those who explicitly reject it.