We Don’t Know How to Warn You Any Harder. America is Dying. 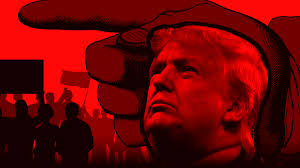 Right about now, something terrible is happening in America. Society is one tiny step away from the final collapse of democracy, at the hands of a true authoritarian, and his fanatics. Meanwhile, America’s silent majority is still slumbering at the depth and gravity of the threat.

I know that strikes many of you as somehow wrong. So let me challenge you for a moment. How much experience do you really have with authoritarianism? Any? If you’re a “real” American, you have precisely none.

Take it from us survivors and scholars of authoritarianism. This is exactly how it happens. The situation could not — could not — be any worse. The odds are now very much against American democracy surviving.

If you don’t believe me, ask a friend. I invite everyone who’s lived under authoritarianism to comment. Those of us how have?

We survivors of authoritarianism have a terrible, terrible foreboding, because we are experiencing something we should never do: deja vu. Our parents fled from collapsing societies to America. And here, now, in a grim and eerie repeat of history, we see the scenes of our childhoods played out all over again. Only now, in the land that we came to. We see the stories our parents recounted to us happening before our eyes, only this time, in the place they brought us to, to escape from all those horrors, abuses, and depredations.

There is a crucial lesson there. America already has an ISIS, a Taliban, an SS waiting to be born. A group of young men willing to do violence at the drop of a hat, because they’ve been brainwashed into hating. The demagogue has blamed hated minorities and advocates of democracy and peace for those young men’s stunted life chances, and they believe him. That’s exactly what an ISIS is, what a Taliban is, what an SS is. The only thing left to do by an authoritarian is to formalize it.

But when radicalized young men are killing people they have been taught to hate by demagogues right in the open, on the streets — a society has reached the beginnings of sectarian violence, the kind familiar in the Islamic world, and is at the end of democracy’s road.