From sex robots to love robots: is mutual love with a robot possible? 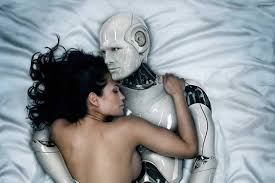 As with the development of any new technology that has the potential to be socially disruptive, we urge caution and careful ethical examination prior to and continuing through the research-and-development process. The consequences and techno-moral change that will potentially accompany the advancement of robots that can love and be loved is very difficult to predict. But a “no” answer to the question of whether we should invest in the creation of love robots should not be based on mere conservatism with respect to love relationships, unjustified preference for the natural over the artificial,  or an unsupported fear of the potential risks. Any such answer, in our view, should rather be based on an “opportunity cost” argument: that is, if it can be shown that the time, energy, and resources could be better spent on other, more easily attain-able endeavors, then those other projects should perhaps be favored over something as relatively far-fetched as sex robots advanced enough to participate in relationships of mutual love along the lines described in the previous sections.