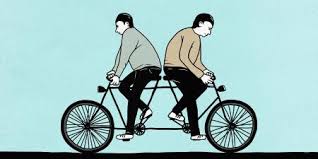 Lab experiments disagree on the efficacy of disclosure as a remedy to conflicts of interest (COIs). Some experiments suggest that disclosure has perverse effects, although others suggest these are mitigated by real-world factors (eg, feedback, sanctions, norms). This article argues that experiments reporting positive effects of disclosure often lack external validity: disclosure works best in lab experiments that make it unrealistically clear that the one disclosing is intentionally lying. We argue that even disclosed COIs remain dangerous in settings such as medicine where bias is often unintentional rather than the result of intentional corruption, and we conclude that disclosure might not be the panacea many seem to take it to be.

While most medical professionals have the best intentions, conflicts of interest (COIs) can unintentionally bias their advice. For example, physicians might have consulting relationships with a company whose product they might prescribe. Physicians are increasingly required to limit COIs and disclose any that exist. When regulators decide whether to let a COI stand, the question becomes: How well does disclosure work? This paper reviews laboratory experiments that have had mixed results on the effects of disclosing COIs on bias and suggests that studies purporting to provide evidence of the efficacy of disclosure often lack external validity. We conclude that disclosure works more poorly than regulators hope; thus, COIs are more problematic than expected.