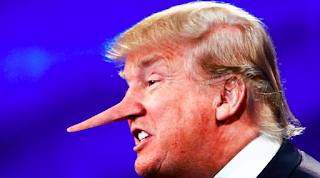 When President Donald Trump began talking to the public about coronavirus disease 2019 (COVID-19) in February and March, scientists were stunned at his seeming lack of understanding of the threat. We assumed that he either refused to listen to the White House briefings that must have been occurring or that he was being deliberately sheltered from information to create plausible deniability for federal inaction. Now, because famed Washington Post journalist Bob Woodward recorded him, we can hear Trump’s own voice saying that he understood precisely that severe acute respiratory syndrome coronavirus 2 (SARS-CoV-2) was deadly and spread through the air. As he was playing down the virus to the public, Trump was not confused or inadequately briefed: He flat-out lied, repeatedly, about science to the American people. These lies demoralized the scientific community and cost countless lives in the United States.

Over the years, this page has commented on the scientific foibles of U.S. presidents. Inadequate action on climate change and environmental degradation during both Republican and Democratic administrations have been criticized frequently. Editorials have bemoaned endorsements by presidents on teaching intelligent design, creationism, and other antiscience in public schools. These matters are still important. But now, a U.S. president has deliberately lied about science in a way that was imminently dangerous to human health and directly led to widespread deaths of Americans.

This may be the most shameful moment in the history of U.S. science policy.

In an interview with Woodward on 7 February 2020, Trump said he knew that COVID-19 was more lethal than the flu and that it spread through the air. “This is deadly stuff,” he said. But on 9 March, he tweeted that the “common flu” was worse than COVID-19, while economic advisor Larry Kudlow and presidential counselor Kellyanne Conway assured the public that the virus was contained. On 19 March, Trump told Woodward that he did not want to level with the American people about the danger of the virus. “I wanted to always play it down,” he said, “I still like playing it down.” Playing it down meant lying about the fact that he knew the country was in grave danger.