When a Patient Regrets Having Undergone a Carefully and Jointly Considered Treatment Plan, How Should Her Physician Respond? 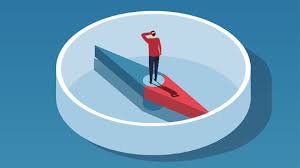 This case vignette highlights decisional regret, which is one of the possible consequences of the patient decision-making process when there are multiple treatment options available. Although the process of shared decision making, which appears to have been carried out in this case, is utilized to help guide the patient and the physician to come to a mutually acceptable and optimal health care decision, it clearly does not always obviate the risk of a patient’s regretting that decision after treatment. Ironically, the patient might end up experiencing more regret after participating in a decision-making process in which more rather than fewer options are presented and in which the patient perceives the process as collaborative rather than paternalistic. For example, among men with prostate cancer, those with lower levels of decisional involvement had lower levels of decisional regret. We argue that decisional regret does not mean that shared decision making is not best practice, even though it can result in patients being reminded of their role in the decision and associated personal regret with that decision.