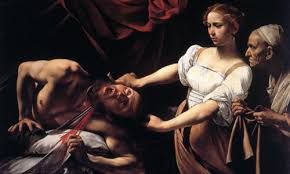 Agentic self-enhancement consists of self-protective and self-advancing tendencies that can lead to aggression, especially when challenged. Because self-enhancers often endorse aggression to defend or enhance the self-concept, religious self-enhancement should lead to endorsing aggression to defend or enhance one’s religion. We recruited three samples (N = 969) from Mechanical Turk (n = 409), Iran (n = 351), and the U.S.–Mexico border region (n = 209). We found that religious (but not secular) self-enhancement in the form of religious overclaiming predicted support for, and willingness to engage in, religious aggression. In contrast, accuracy in religious knowledge had mostly negative associations with aggression-relevant outcomes. These results emerged across two separate religions (Christianity and Islam) and across three different cultures (the United States, Iran, and the U.S.–Mexico border region). Thus, religious overclaiming is a promising new direction for studying support for religious aggression and identifying those who may become aggressive in the name of God.

In sum, individuals who overclaimed religious knowledge (i.e., claim to know fictional religious concepts) supported religious aggression and were more willing to engage in religious aggression. This finding did not emerge for secular overclaiming, nor was it explained through other measures of group aggression. Further, accurate religious and secular knowledge mostly correlated with peaceful tendencies. These results emerged across three studies within different cultures (the United States, Iran, and the U.S.–Mexico border region) and religions (Islam and Christianity). In sum, the present findings have promise for future research on identifying and mitigating factors related to supporting religious aggression.

From a PsyPost interview:

“Overconfidence in what you think God supports or what scripture says is toxic. Thus, humility is a critical feature that is needed to bring out the best and most benevolent aspects of religion,” Jones told PsyPost.