Racism among white Christians is higher than among the nonreligious. That's no coincidence. 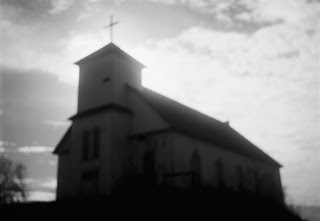 As a white Christian who was raised Southern Baptist and shaped by a denominational college and seminary, it pains me to see these patterns in the data. Even worse, these questions only hint at the magnitude of the problem.

To determine the breadth of these attitudes, I created a "Racism Index," a measure consisting of 15 questions designed to get beyond personal biases and include perceptions of structural injustice. These questions included the three above, as well as questions about the treatment of African Americans in the criminal justice system and general perceptions of race, racism and racial discrimination.

Not surprisingly, given their concentration in the South, white evangelical Protestants have the highest median score (0.78) on the Racism Index. But it is a mistake to see this as merely a Southern or an evangelical problem. The median scores of white Catholics (0.72) and white mainline Protestants (0.69) — groups that are more culturally dominant in the Northeast and the Midwest — are not far behind. Notably, the median score for each white Christian subgroup is significantly above the median scores of the general population (0.57), white religiously unaffiliated Americans (0.42) and Black Protestants (0.24).

The results point to a stark conclusion: While most white Christians think of themselves as people who hold warm feelings toward African Americans, holding racist views is nonetheless positively and independently associated with white Christian identity. Again, this troubling relationship holds not just for white evangelical Protestants, but also for white mainline Protestants and white Catholics.