Every Decision Is A Risk. Every Risk Is A Decision. 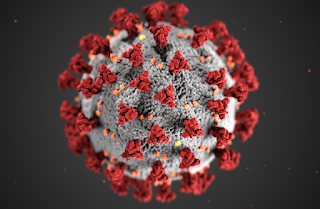 In general, research has shown that indoors is riskier than outside, long visits riskier than short ones, crowds riskier than individuals — and, look, just avoid situations where you’re being sneezed, yelled, coughed or sung at.

But the trouble with the muddy middle is that a general idea of what is riskier isn’t the same thing as a clear delineation between right and wrong. These charts — even the best ones — aren’t absolute arbiters of safety: They’re the result of surveying experts. In the case of Popescu’s chart, the risk categorizations were assigned based on discussions among herself, Emanuel and Dr. James P. Phillips, the chief of disaster medicine at George Washington University Emergency Medicine. They each independently assigned a risk level to each activity, and then hashed out the ones on which they disagreed.

Take golf. How safe is it to go out to the links? Initially, the three experts had different risk levels assigned to this activity because they were all making different assumptions about what a game of golf naturally involved, Popescu said. “Are people doing it alone? If not, how many people are in a cart? Are they wearing masks? Are they drinking? …. those little variables that can increase the risk,” she told me.

Golf isn’t just golf. It’s how you golf that matters.

Those variables and assumptions aren’t trivial to calculating risk. Nor are they static. There’s different muck under your boggy feet in different parts of the country, at different times. For instance, how safe is it to eat outdoors with friends? Popescu’s chart ranks “outdoor picnic or porch dining” with people outside your household as low risk — a very validating categorization, personally. But a chart produced by the Texas Medical Association, based on a survey of its 53,000 physician members, rates “attending a backyard barbeque” as a moderate risk, a 5 on a scale in which 9 is the stuff most of us have no problem eschewing.