How to Fix Science's Diversity Problem 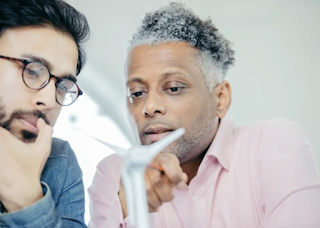 As bothered as I was by my own behavior, I’m inspired by the simplicity of the fix: just flag the importance of representation when making decisions about who exists and is heard in academia. Scientists at all levels make these decisions. As trainees, we decide whom to cite in our manuscripts, whose research to read and engage with. Later, we begin choosing people to invite to talks, and students to mentor. Ultimately, as senior scientists, we have an even more direct gatekeeping role, deciding whom to hire and, thus, who constitutes the scientific enterprise. These choices are all levers that can be used to nudge the system away from its default, white male–heavy state.

We tend to think about racism as a personality trait: someone can be racist, nonracist or antiracist. But this simple model that we use to understand other people belies an incredibly complex underlying reality. We contain multitudes. We can be aware of the problems, read Baldwin and Coates, and still have patterns of thinking and behavior that perpetuate racial discrimination.

I’m not sure if we can convince the rest of the country to make concrete behavioral changes, to focus their effort on this issue and face the uncomfortable need to change. But I have more hope for science, which is largely composed of liberal and thoughtful people.