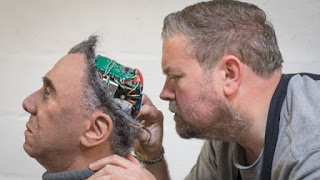 Moral intuitions are a central motivator in human behavior. Recent work highlights the importance of moral intuitions for understanding a wide range of issues ranging from online radicalization to vaccine hesitancy. Extracting and analyzing moral content in messages, narratives, and other forms of public discourse is a critical step toward understanding how the psychological influence of moral judgments unfolds at a global scale. Extant approaches for extracting moral content are limited in their ability to capture the intuitive nature of moral sensibilities, constraining their usefulness for understanding and predicting human moral behavior. Here we introduce the extended Moral Foundations Dictionary (eMFD), a dictionary-based tool for extracting moral content from textual corpora. The eMFD, unlike previous methods, is constructed from text annotations generated by a large sample of human coders. We demonstrate that the eMFD outperforms existing approaches in a variety of domains. We anticipate that the eMFD will contribute to advance the study of moral intuitions and their influence on social, psychological, and communicative processes.