Why Do Social Identities Matter? 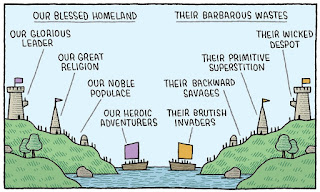 What has come to be known as identity politics gives a negative answer to these questions. If social identities continue to structure social interactions in debilitating ways, progress on this front requires showing varied identities in leadership, among other things, so that prejudices can be reformed. But the use of identities in this way can of course be manipulated. Certain experiences and interests might be implied when in reality there are no good grounds for either. For example, when President Donald Trump chose Ben Carson, an African American, to head up the federal department overseeing low-income, public housing, it appeared to be a choice of someone with an inside experience who would know first-hand the effects of government policies. Carson was not a housing expert, nor did he have any experience in housing administration, but his identity seemed like it might be helpful. When the appointment was announced, many applauded it, assuming that Carson must have lived in public housing, and neglected to investigate any further. Arkansas Governor Mike Huckabee claimed that Carson was the first Housing and Urban Development Secretary to have lived in public housing, and called Congresswoman Nancy Pelosi a racist for criticizing Carson’s credentials. Carson’s appointment helped to make President Trump appear to be making appointments with an eye toward an insider’s perspective, unless one checked the subsequent news outlets that explained Carson’s actual background. In fact, Carson never lived in public housing. As a neurosurgeon, it is far from clear what in Carson’s background prepared him for a role leading the federal housing department other than the superficial feature of his racial background.

Clearly, social identities are not always misleading in this way, but they can be purposefully used to misdirect. They can also be used to manufacture or heighten conflict. Allowing housing discrimination to continue to flourish has created significant differences in real estate values across neighbourhoods with different ethnic and racial constitutions, causing the most substantial part of the differences in wealth between groups. These differences, and the related differences of interest that result, are not a natural outcome of racial differences, but the product of real estate policies and practices that segregated neighbourhoods and orchestrated economic disparities that would cross multiple generations. It is important to understand the conflicts of interest that result from such differences as produced by political policy, rather than being reflective of natural or pre-political conflicts. While our shared identities can signal true commonalities, we need to ask: what is the true source of these commonalities?