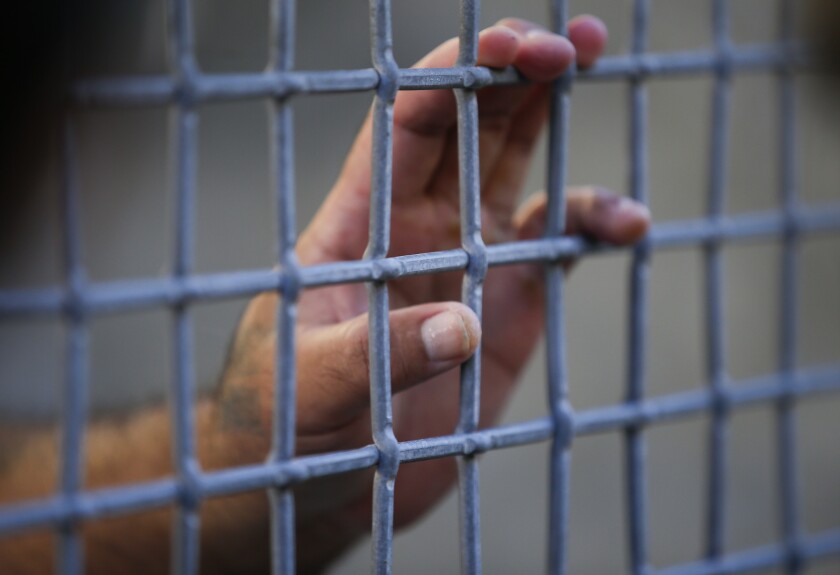 San Quentin is an imperfect setting to help understand when herd immunity might be achieved. Prisons are crowded settings that will promote coronavirus transmission more so than among people in other settings, like those who live in single-family homes.

But the San Quentin experience — as well as other data — does show that, in the absence of a vaccine, “in order to get to something that approaches herd immunity, we’re going to have to get something well on the far side of 50% of people infected,” Rutherford said. “Which comes with a resultant large cost in mortality and severe morbidity.

“If you believe the San Quentin stuff, you got to get up to way-up-there before you start seeing slowing of transmission,” Rutherford said.

Dr. Anthony Fauci, the U.S. government’s top infectious diseases expert, last week guessed it will probably require 50% to 75% of a population to be immune before achieving herd immunity — a goal that should be achieved not just through infected people recovering but also through vaccination.

California has a long way to go before the vast majority of residents have been infected.

Sweden famously pursued a herd immunity strategy when it decided not to impose a severe lockdown.

But now, Sweden has among the highest mortality rates among European countries, and has a worse rate than that of the United States.