Your Ancestors Knew Death in Ways You Never Will 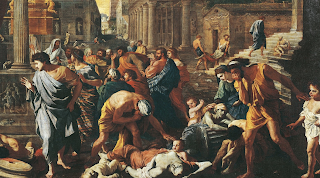 Here is the end:

As a result, New Yorkers took certain steps — sometimes very expensive and contentious, but all based on science: They dug sewers to pipe filth into the Hudson and East Rivers instead of letting it pool in the streets. In 1842, they built the Croton Aqueduct to carry fresh water to Manhattan. In 1910, they chlorinated its water to kill more germs. In 1912, they began requiring dairies to heat their milk because a Frenchman named Louis Pasteur had shown that doing so spared children from tuberculosis. Over time, they made smallpox vaccination mandatory.

Libertarians battled almost every step. Some fought sewers and water mains being dug through their properties, arguing that they owned perfectly good wells and cesspools. Some refused smallpox vaccines until the Supreme Court put an end to that in 1905, in Jacobson v. Massachusetts.

In the Spanish flu epidemic of 1918, many New Yorkers donned masks but 4,000 San Franciscans formed an Anti-Mask League. (The city’s mayor, James Rolph, was fined $50 for flouting his own health department’s mask order.) Slowly, science prevailed, and death rates went down.

Today, Americans are facing the same choice our ancestors did: We can listen to scientists and spend money to save lives, or we can watch our neighbors die.

“The people who say ‘Let her rip, let’s go for herd immunity’ — that’s just public-health nihilism,” said Dr. Joia S. Mukherjee, the chief medical office of Partners in Health, a medical charity fighting the virus. “How many deaths do we have to accept to get there?”

A vaccine may be close at hand, and so may treatments like monoclonal antibodies that will cut our losses.

Till then, we need not accept death as our overlord — we can simply hang on and outlast him.