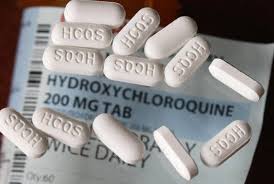 I am not going to say that HCQ has no effect on COVID-19. We can never be 100% sure of that. But I am sure that if it has an effect, it is quite small. Think of a world where HCQ was a miracle cure for COVID-19. Think how different all of these randomized trials would look. It would be immediately obvious.

Straight talk: HCQ is unlikely to kill you. It will kill someone (rare cases of torsades de pointes occur), but it is unlikely to be you or your patients. It really is a relatively well-tolerated drug. But there are adverse effects, as all of these trials show. And given that, our ethical obligation to "first, do no harm" is paramount here. There simply is not good evidence that HCQ has a robust effect, and there is evidence of at least moderate harm. Ethically, the choice is clear.

A few final caveats. Yes, only one of these trials reported on the use of zinc with HCQ (no effect, by the way). But two things on that particular issue: First, we know that many individuals take zinc supplements, so if, as the argument goes, HCQ is a miracle cure when given with zinc, you'd still see a benefit in an HCQ trial because a subset of people — maybe 25% — are taking zinc.

The zinc issue falls into this "no true Scotsman" land of HCQ studies. Any negative study can be dismissed: "Oh, you didn't give it early enough, or late enough, or with zinc, or with azithromycin, or on Sunday," or whatever. That's not how science works. I'm not saying that any of these studies are perfect, just that they are the best evidence we have right now. The burden of proof is to show that the drug works. Though I'm sure that pharma would be stoked to be able to argue that their latest negative trial can be ignored because their billion-dollar drug wasn't given in concert with vitamin C or whatever.

Yes, I know that another Yale professor is saying that HCQ can save lives.

And to those of you who have pointed out that he is a full professor while I am a mere associate professor, you really know how to hurt a guy. I have no idea why he wrote that article and didn't mention any of the randomized trials. But I embrace the academic freedom that he and I both have to present our best interpretation of the data.