Empathy in the Age of the EMR 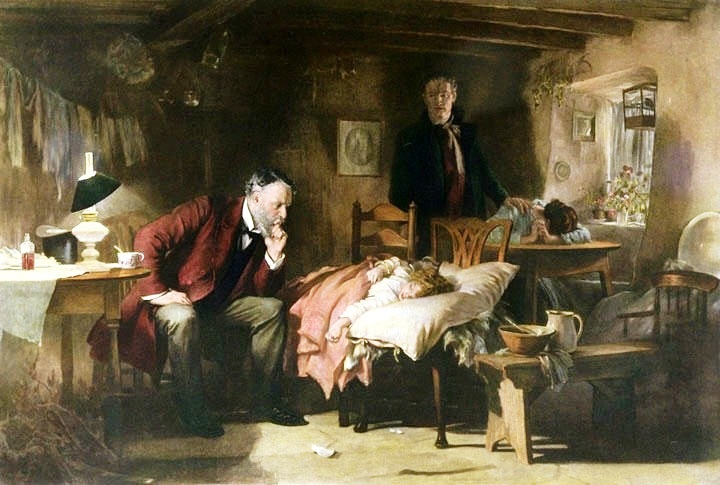 Keeping the doctor-patient connection from eroding in the age of the EMR is an uphill battle. We all know that the eye contact that Fildes depicts is a critical ingredient for communication and connection, but when the computer screen is so demanding of focus that the patient becomes a distraction, even an impediment—this is hopelessly elusive.

Recently, I was battling the EMR during a visit with a patient who had particularly complicated medical conditions. We hadn’t seen each other in more than a year, so there was much to catch up on. Each time she raised an issue, I turned to the computer to complete the requisite documentation for that concern. In that pause, however, my patient intuited a natural turn of conversation. Thinking that it was now her turn to talk, she would bring up the next thing on her mind. But of course I wasn’t finished with the last thing, so I would say, “Would you mind holding that thought for a second? I just need to finish this one thing…”

I’d turn back to the computer and fall silent to finish documenting. After a polite minute, she would apparently sense that it was again her turn in the conversation and thus begin her next thought. I was torn because I didn’t want to stop her in her tracks, but we’ve been so admonished about the risks inherent in distracted multitasking that I wanted to focus fully on the thought I was entering into the computer. I know it’s rude to cut someone off, but preserving a clinical train of thought is crucial for avoiding medical error.