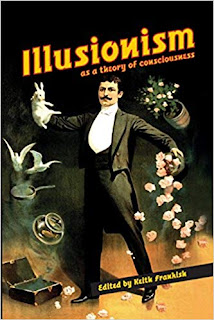 The first concerns explanatory simplicity. If we observe something science can’t explain, then the simplest hypothesis is that it’s an illusion, especially if it can be observed only from one particular angle. This is exactly the case with phenomenal consciousness. Phenomenal properties cannot be explained in standard scientific ways and can be observed only from the first-person viewpoint (no one but me can experience my sensations). This does not show that they aren’t real. It could be that we need to radically rethink our science but, as Dennett says, the theory that they are illusory is the obvious default one.

There is also a specific argument for preferring illusionism to property dualism. In general, if we can explain our beliefs about something without mentioning the thing itself, then we should discount the beliefs.