The Koch-backed right-to-try law has been a bust, but still threatens our health 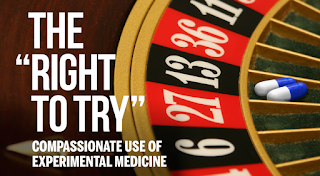 The federal right-to-try law, signed by President Trump in May 2018 as a sop to right-wing interests, including the Koch brothers network, always was a cruel sham perpetrated on sufferers of intractably fatal diseases.

As we’ve reported, the law was promoted as a compassionate path to experimental treatments for those patients — but in fact was a cynical ploy aimed at emasculating the Food and Drug Administration in a way that would undermine public health and harm all patients.

Now that a year has passed since the law’s enactment, the assessments of how it has functioned are beginning to flow in. As NYU bioethicist Arthur Caplan observed to Ed Silverman’s Pharmalot blog, “the right to try remains a bust.”

His judgment is seconded by the veteran pseudoscience debunker David Gorski, who writes: “Right-to-try has been a spectacular failure thus far at getting terminally ill patients access to experimental drugs.”