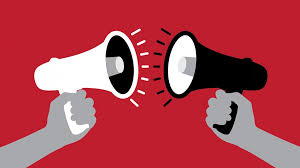 The problem is that Facebook doesn’t offer free speech; it offers free amplification. No one would much care about anything you posted to Facebook, no matter how false or hateful, if people had to navigate to your particular page to read your rantings, as in the very early days of the site.

But what people actually read on Facebook is what’s in their News Feed … and its contents, in turn, are determined not by giving everyone an equal voice, and not by a strict chronological timeline. What you read on Facebook is determined entirely by Facebook’s algorithm, which elides much — censors much, if you wrongly think the News Feed is free speech — and amplifies little.

What is amplified? Two forms of content. For native content, the algorithm optimizes for engagement. This in turn means people spend more time on Facebook, and therefore more time in the company of that other form of content which is amplified: paid advertising.

Editor's note: Facebook is one of the most defective products that millions of Americans use everyday.