Brain-reading tech is coming. The law is not ready to protect us. 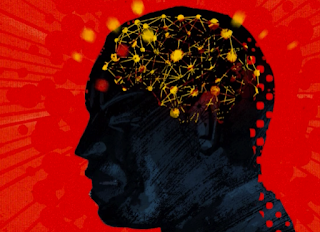 You should have the right to seclude your brain data or to publicly share it.

Ienca emphasized that neurotechnology has huge implications for law enforcement and government surveillance. “If brain-reading devices have the ability to read the content of thoughts,” he said, “in the years to come governments will be interested in using this tech for interrogations and investigations.”

The right to remain silent and the principle against self-incrimination — enshrined in the US Constitution — could become meaningless in a world where the authorities are empowered to eavesdrop on your mental state without your consent.

It’s a scenario reminiscent of the sci-fi movie Minority Report, in which a special police unit called the PreCrime Division identifies and arrests murderers before they commit their crimes.

3. The right to mental integrity

You should have the right not to be harmed physically or psychologically by neurotechnology.

BCIs equipped with a “write” function can enable new forms of brainwashing, theoretically enabling all sorts of people to exert control over our minds: religious authorities who want to indoctrinate people, political regimes that want to quash dissent, terrorist groups seeking new recruits.

What’s more, devices like those being built by Facebook and Neuralink may be vulnerable to hacking. What happens if you’re using one of them and a malicious actor intercepts the Bluetooth signal, increasing or decreasing the voltage of the current that goes to your brain — thus making you more depressed, say, or more compliant?

Neuroethicists refer to that as brainjacking. “This is still hypothetical, but the possibility has been demonstrated in proof-of-concept studies,” Ienca said, adding, “A hack like this wouldn’t require that much technological sophistication.”