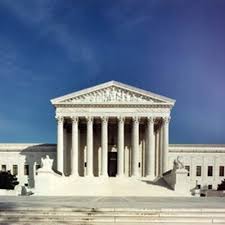 Today, the nine justices on the Supreme Court are the only U.S. judges — state or federal — not governed by a code of ethical conduct. But that may be about to change. Justice Elena Kagan recently testified during a congressional budget hearing that Chief Justice John Roberts is exploring whether to develop an ethical code for the Court. This was big news, given that the chief justice has previously rejected the need for a Supreme Court ethics code.

In fact, however, the Supreme Court regularly faces challenging ethical questions, and because of their crucial and prominent role, the justices receive intense public scrutiny for their choices. Over the last two decades, almost all members of the Supreme Court have been criticized for engaging in behaviors that are forbidden to other federal court judges, including participating in partisan convenings or fundraisers, accepting expensive gifts or travel, making partisan comments at public events or in the media, or failing to recuse themselves from cases involving apparent conflicts of interest, either financial or personal. Congress has also taken notice of the problem. The For the People Act, which was passed in March 2019 by the House of Representatives, included the latest of a series of proposals by both Republican and Democratic legislators to clarify the ethical standards that apply to the justices’ behavior.