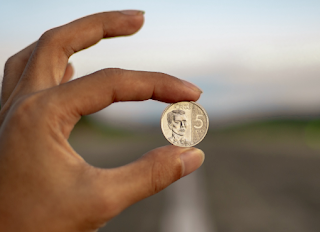 At its roots, blockchain is an entirely decentralized, non-governed transactional system. It is run through many nodes that all together, result in a blockchain network. Each network contains a ledger. This ledger acts as the source of truth; it stores all of the transactions that have ever happened on the network. Similar to how a bank will store a user’s withdrawal and deposit transactions, a blockchain ledger will store every transaction that has occurred on a network. The ledger is publicly available to all of the nodes in the network.

Bitcoin miners can run their own nodes (computer hardware) in hopes of obtaining a bitcoin through the combination of processing power and a little bit of luck. The difference between a bank’s ledger and a blockchain ledger is that a bank can make changes to their ledger at any point in time, since they hold all of the power. A blockchain ledger on the other hand doesn’t belong to any central entity. It is accessible and owned by every node in the network, and is entirely immutable.

Without a central governing entity over a network, every transaction needs to be verified by a majority of the nodes. Transactions can include transferring cryptocurrency between two people, reversing old transactions, spending coins, and even blocking miners from using their own nodes. For example, if someone wanted to transfer their bitcoins to someone else, they would need their transaction to be verified by at least half of all the nodes in a network.