Greta Thunberg To U.S.: 'You Have A Moral Responsibility' On Climate Change 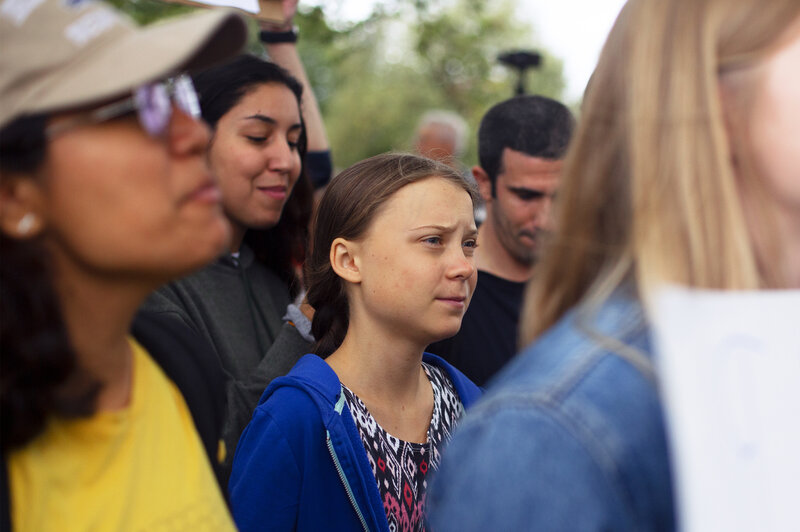 Greta Thunberg led a protest at the White House on Friday. But she wasn't looking to go inside — "I don't want to meet with people who don't accept the science," she says.

The young Swedish activist joined a large crowd of protesters who had gathered outside, calling for immediate action to help the environment and reverse an alarming warming trend in average global temperatures.

She says her message for President Trump is the same thing she tells other politicians: Listen to science, and take responsibility.

Thunberg, 16, arrived in the U.S. last week after sailing across the Atlantic to avoid the carbon emissions from jet travel. She plans to spend nearly a week in Washington, D.C. — but she doesn't plan to meet with anyone from the Trump administration during that time.

"I haven't been invited to do that yet. And honestly I don't want to do that," Thunberg tells NPR's Ailsa Chang. If people in the White House who reject climate change want to change their minds, she says, they should rely on scientists and professionals to do that.

But Thunberg also believes the U.S. has an "incredibly important" role to play in fighting climate change.

"You are such a big country," she says. "In Sweden, when we demand politicians to do something, they say, 'It doesn't matter what we do — because just look at the U.S.'